My blog has been muchly neglected of the past few months. Here's a recap of what's gone down:

April 2014: I moved out of my roommate's townhouse for an adventure of sorts as a bit of a nomad.

I won't get into the lengthy reasons as to why I moved. But I did, more or less, do something I've always wanted to do. I shoved nearly everything I had in storage, and I traveled. Most of that traveling was between Texas and Oklahoma. I spent nearly the entire summer with my dad, and that was awesome.

I also attended more anime conventions in more locations than I ever have as a vendor. It was super fun, and also super stressful.

A small tragedy struck late August, thankfully after I had already finished my last show, in the form of a muscle spasm in my lower back. That sucked. A lot. I could barely walk, and it made my crazy commute from Oklahoma to Texas each week (because I kept my day job while doing all this), very difficult. Because I was stuck sitting in my truck so much, plus the strain on my back of also having a desk job (i.e. more sitting) I wasn't healing very well.

October 2014: I got my own apartment all to myself!

It is both awesome and dreadful. I love having space to myself, but I sorely miss seeing my dad and the rest of my family every week. Being in one place all the time also makes me feel trapped. I also hold immense disdain for the cost of said dwelling, lol.

December 2014: My back spasm finally resolved itself.

Thank goodness. Because I live on the second floor.

January 2015 to now: I've felt kind of stuck in a tailspin of sorts trying to get my apartment organized. For the first time in roughly 5 years, everything I own is in one place. I can't tell you how many truck loads of things I've donated to Good Will or have hauled off to the trash.

My artspace, while awesome, is a bit limited. Here's what it looks like when it's nice and tidy: I can confirm, that since this photo, and aside from the day of my housewarming party, it has not ever looked quite so nice. Sure, there's that cute image going around saying, "Creative minds are rarely tidy," but this mind needs some peace, and I find that in things being tidy.

That's hard to do with the sheer amount of art supplies I own, and the limited space my adorable little apartment holds. I'm actually going to be downsizing a bit by selling off or donating some of my supplies. Too much is just too much. I spend entirely so much time stressed over trying to find things I've misplaced or can't find than I do creating things.

On top of that, most recently, I seem to have ceased to be able to sleep, and I am constantly exhausted. That is probably the biggest reason why my blog has had some extended radio silence, and my social media presence has been chirping crickets at best.

This also brings me to some somewhat sad news: I've had to cancel all of my anime conventions for this summer. I've decided I need to focus mainly on my health, and during the time off I plan to hone my craft as an artist a bit more.

Next week, between some much needed vacation and a visit to my very sweet primary care physician, I hope to resolve the worse-than-usual insomnia. Hopefully, I will get some rest, and I'll be able to get back to creating super awesome things. 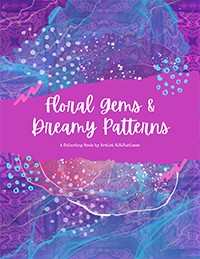 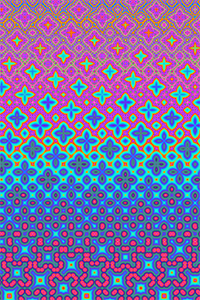 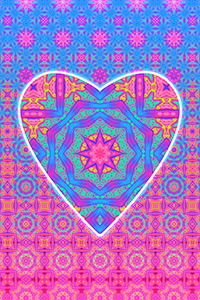